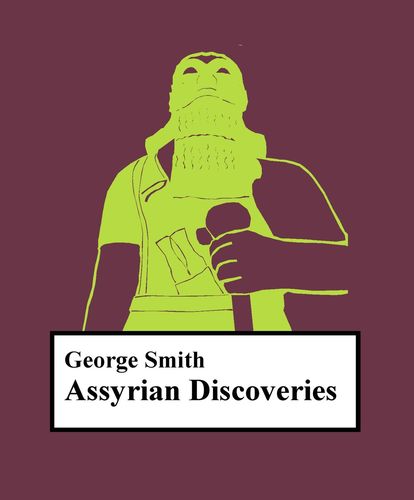 Lue lisää
Kuvaus
In November 1873 English Assyriologist George Smith again left England for Nineveh for a second expedition, this time at the expense of the Museum, and continued his excavations at the tell of Kouyunjik (Nineveh). An account of his work is given in Assyrian Discoveries book, published early in 1875. The rest of the year was spent in fixingtogether and translating the fragments relating to the creation, the results of which were published later in The Chaldaean Account of Genesis (1880, co-written with Archibald Sayce)
Kirjailija

George Smith, born 26th March 1840, dead 19th August 1875, was a pioneering English Assyriologist.
Smith's earliest successes were the discoveries of two unique inscriptions early in 1867. The first, a total eclipse of the sun in the month of Sivan inscribed on tablet K51, he linked to the speculator eclipse that occured on 15 June 763 BC.
This discovery is the cornerstone of ancient Near Eastern chronology. The other was the date of an invasion of Babylonia by the Elamites in 2280 BC.

Pekka Mansikka, a Finnish self-taught researcher. He is especially familiar with the study of ancient eclipses and the timing of chronologies according to them.
As a publisher, he also publishes historically interesting scientific books.