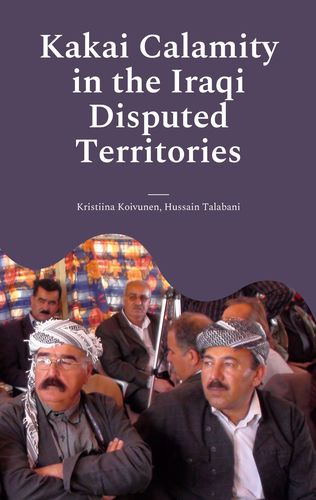 Lue lisää
Kuvaus
Kakaism, Yarsan, is an ancient Kurdish religion. Kakais argue that the Medes Empire (678 - 549 BC) was a Kakai state.
Kakaism has been secret for one thousand years to protect itself against Islamic invasion. Now some Kakais are ready to tell about their respect to nature, equality between men and women, and their belief in reincarnation.
Iran wants to make a land corridor to the Israel border via the Iraqi Disputed territories. Kakai villages are destroyed there in Iranian proxy war. There is a danger of a genocide and loss of thousands years old Kurdish cultural traditions.
In Iran Yarsans are assimilated to Shiism by fake claims that five thousand years old Yarsan is a branch of the four thousand years younger Shiite Islam.
Kirjailija

Kristiina Koivunen (born 1959) is sociologist and writer. She lives in Helsinki, Finland.
She has written eleven books about Kurds and the Middle East, including her PhD dissertation, The Invisible war in North Kurdistan (Helsinki University, 2002), which is available in Internet. She lived 2010 - 2012 in the Iraqi part of Kurdistan, and has visited it every year since then, except corona year 2020.