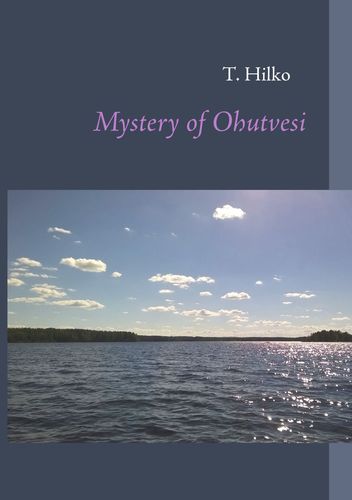 Lue lisää
Kuvaus
“The old mansion, the lake, the sunshine…students playing in the water. I have a feeling this project is going to be a walk in the park,” the Belgian teacher says to her colleagues. An international group of students has arrived at a fairy-like hidden mansion in the Finnish woods for a summer camp. “Too idyllic sounds very boring,” her Norwegian colleague responds.

With the old mansion in the background, these seem scenes from a happy school trip, and not so much of a summer camp for actual school projects. The lazy atmosphere makes things happen in kind of slow motion.

Everybody with their own cultural and personal background adds to the project and to the mystery developing at Ohutvesi, which, itself, has a dark past as well.

Long before the end of the summer camp this initially magical place changes into a creepy black hole into which dreams are swallowed, changing the lives of all the participants drastically forever after.
Kirjailija