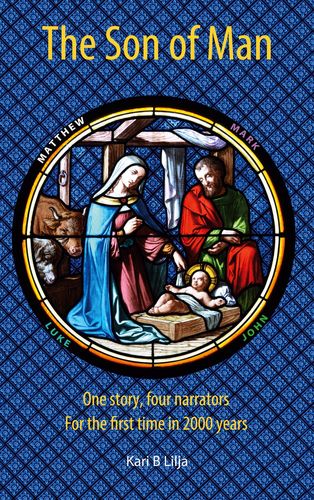 The Son of Man

Lue lisää
Kuvaus
Jesus of Nazareth is the most influential historical person. He was about thirty years old. He was active for no more than about three years. He never went abroad, and spoke no foreign languages. Neither he nor his followers conquered any towns or countries. He wrote no books. Despite all this, he is thought to have approximately two billion followers today.
Jesus of Nazareth is known through four different gospel texts. We are talking about text that has had the largest impact on the world. After about 2,000 years, this text deserves to be published as a unified narrative.
Now these four gospels have been combined into one story that regardless includes all the descriptions from the various gospels. Matthew, Mark, Luke, and John recount together the recorded events of that time. The unified narrative will provide a new viewpoint to this old text.
Kirjailija

Kari B Lilja is just an editor of the text.
Matthew, Mark, Luke and John together tell what happened.