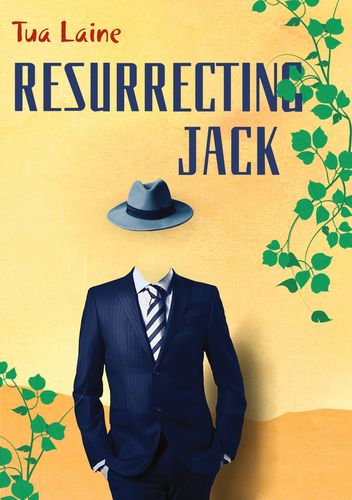 Lue lisää
Kuvaus
Two years after their wedding, Ilsa's first husband Jack Lind, a Finnish diplomat, is flown home from a business trip in cargo. Not allowed to see him again, Ilsa can't believe Jack is really dead, but expects him to walk back into her life one day.

When a man who could be Jack turns up at her door twenty years later, llsa is happily married to H, with two teenagers and a picket-fence life in Alabama. Still jealous of Jack, Ilsa's second husband has never wanted to know anything about Ilsa's past. And Jack never liked crowds much. What will Ilsa do if the man at her door is really Jack?

As Ilsa tries to reconcile her two lives, an online writer friend hijacks the book she's writing, revises the plot and overwrites her memories of Jack with a twist she never expected.

Ilsa's story of love and limerence takes the reader from the 1970s in Finland and Russia through London and Bahrain to an Alabama suburb in the 2000s.

"Written with wry humor, 'Resurrecting Jack' explores the recesses of the human heart to show what expedients human psychology is capable of, in the grip of love, in order to deny the apparently undeniable."
Robert Grossmith

"Tua Laine challenges autofiction. Who owns a story? Who has the right to interpret it? - - - Laine argues smartly and writes creatively. You hear the voice of her own experience and those of her generation, especially in the demands for equal sexual rights for women."
Kiiltomato, on Ei tässä elämässä, Jack*

"The plot grabs you and doesn't let you go. The novel is an amalgam of Ilsa's current life, her past with Jack, and excerpts from her manuscript. The reader wonders what is true and what is imagined, and how they would want the story to end."
Eeva, on Ei tässä elämässä, Jack*

"The novel turns her grief into a complex mystery while taking the reader on an armchair trip from the Soviet Union to Bahrain, London and Alabama, and observing the changing relations between men and women along the way."
YLE Kulttuuriykkönen, 25.8.2020, on Ei tässä elämässä, Jack*

*Translated from media reviews for the Finnish edition, published in 2020.
Kirjailija

TUA LAINE grew up in Finland, but has spent most of her life as an international nomad in faraway places, from Bahrain to Russia, and London to Alabama. Resurrecting Jack is the abridged English version of her first novel, Ei tässä elämässä, Jack, published in Finland in 2020. Laine translated the novel into Finnish by herself. She holds an MA in English and Russian literature. Her short stories have appeared in online and print magazines on both sides of the Atlantic.