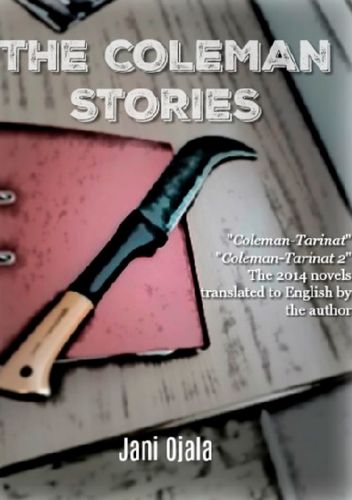 Lue lisää
Kuvaus
The Coleman Stories tells six bitter stories of inter-generational violence. 20 years of trying to find a purpose in a destructive legacy. So few fighters ever get to tell their story; let alone this family of killers and career-criminals.

The 1st story catches up with William Coleman, a 15-year-old American boy relocated to Oulu as a kid... about to burn a man alive in a warehouse. He tells his life story to Johnny Green, as two can keep a secret if one of them is dead. William's two lives, and the looming threat of him finding his heart after channeling his hate outward all his life... gets to his core.

The 2nd story grows from the 1st, and showcases a reality of the Coleman legacy; a whirling storm, sucking in all involved.

The 3rd story follows William's father, James, on his way to the top of the mysteriously influential Greens.

The 4th story finds people seizing second chances in life - so rare to have - and struggling not to be overcome by things that got drowned in the river of time along with their former life.

The 5th story finds the Coleman men confronting or confining to their demons... while Sanna Coleman finds a mother within herself.

The legacy ends at story 6.
Kirjailija

I'm a writer in my twenties who does what I do, completely independently. My main focuses are writing about music and telling stories. I currently have 8 original novels under my belt, I started writing when I was sixteen, and I don't know what else to say. I'd be going against my own nature if I didn't write.